Dale Meade left for language school and his first term on the mission field in the summer of 1973. From that date onward, he has concentrated his efforts in Colombia, South America. When he arrived in Colombia, there was only one small Christian congregation. He and his late wife, Jeannie settled in a village on the edge of the jungle/prairie region of Colombia. From that location, they ministered to the church there as well as the churches that were later established throughout this area.

The ministry has been evangelistic in nature with the ultimate goal of establishing indigenous New Testament congregations in Colombia. As a result, CCM has been involved in many different ministries focusing on that primary goal, specifically the areas of evangelism, church planting, and leadership training. Collateral ministries include translating and writing teaching materials for Colombia and the rest of Latin America, teaching in a Bible Institute, developing a recording ministry, and teaching in a Villavicencio church’s Christian Day School.

In 2000, CCM relocated the base of their missionary work to Bogota, as the insecurity of the jungle/prairie region had become extreme. The new location served well as it permitted them to carry on with many of the same ministries, such as evangelism, church planting, teaching and literature production as well as adding new ministries and expanding the geographical outreach of the entire ministry. During furloughs, Dale finished his Ph.D. in Intercultural Studies and Educational Studies. This permitted him to teach at the graduate level and train leaders for the Colombian church in a greatly expanded manner. Also, together with Dewayne Liebrandt, a Deaf Ministry was begun, greatly expanding ministry opportunities, resulting in outreach being multiplied throughout the country. 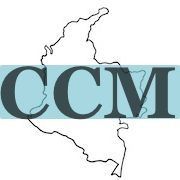