The Reeses at Medical Missions of India

HISTORY:
Emrys Rees, a second-generation missionary, along with his wife, Usha, continue the work begun long ago by his parents, David and Lois Rees. They also founded the organization called Love In Action Trust.

CHURCH PLANTING:
Emrys and Usha are involved in preaching the gospel to Hindus, Muslims, and nominal Christians. Their mission emphases are in leadership training, discipling, and strengthening of the congregations in both urban and rural areas (which they say is like working in two different countries). They work with youth groups, ladies’ groups, men’s groups, small groups and children. During the last few years, they have emphasized evangelism among a least-reached people group. Emrys and Usha plant independent churches that will duplicate themselves long after their time on the mission field has passed.

MINISTRY OF MERCY:
They give hope to people living with HIV/AIDS, as well as to those suffering with tuberculosis and other illnesses. They are vastly responsible for the prevention of HIV transmission from mother to children in a large area covering a population of 4.7 million people. This is in cooperation with the government. They also minister to many children who are HIV-positive through no fault of their own.

LOVE IN ACTION TRUST:
This organization was started by Emrys and Usha for the purpose of helping orphans, widows, and the very poor to obtain basic education and job training. They have concentrated their evangelistic efforts among the least-reached people groups, who have only a handful of literate people per village. Emrys and Usha have started a very successful literacy program in many villages, enabling these people to read the Bible. 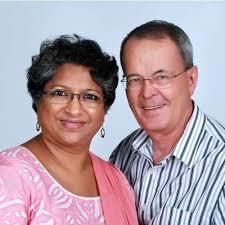