Dewayne & Jackie each began their walk with the Lord at Fortville Christian Church. Dewayne Liebrandt was baptized April 30, 1975 and Jackie was baptized in July 1976. They were married on September 5, 1976. They have two children, April Robbins and Daniel Liebrandt, along with several beautiful grandchildren.

Dewayne left his career at Allisons, a division of General Motors, in 1987 to become a full time missionary to the deaf. As a result of a mission trip to Thailand to visit with Tom and Debbie Morse of North Burma Christian Mission (NBCM), the Lord opened Dewayne & Jackie’s hearts to the deaf of Thailand. Dewayne returned from Thailand and enrolled at Roanoke Bible College where he received his degree in 1989 and was ordained at Fortville Christian Church on July 16, 1989. Their initial mission outreach was in Thailand where they ministered for 16 years from 1989-2005. Dewayne and Jackie have been members of NBCM since 1987 and their ministry within NBCM is known as D.E.A.F., which stands for Deaf Evangelism And Fellowship. Dewayne has been blessed to minister to the deaf in 13 countries in North America, South America, Asia, Africa, and the Middle East.

Dewayne & Jackie moved back to the United States in 2005 to help facilitate the ministry expansion into other areas of the world. Dewayne has also been working hand in hand with Dr. Dale Meade of Colombian Christian Mission (CCM) since March 2006 to establish deaf ministries in Colombia, South America. This cooperative effort between NBCM/DEAF and CCM is producing quite a harvest for the Lord. The goal of this collaboration is to establish Deaf Churches in Bogotá, a Deaf Church in Villavicencio, and a video production facility to produce Christian materials in Colombian Sign Language for the Deaf Churches in Chiang Mai, Thailand and in Bogotá, Colombia. The support ministries for these Christians is still in need of additional funding to help disciple them. There is also a new outreach planned to Chile when we have the funds to reach out to the deaf in that country. 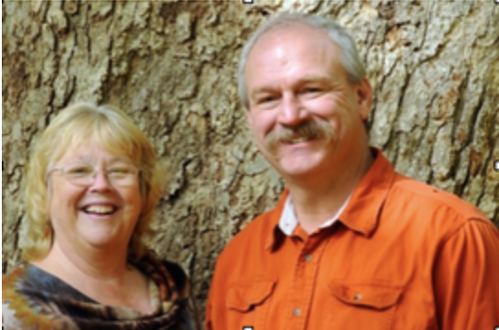